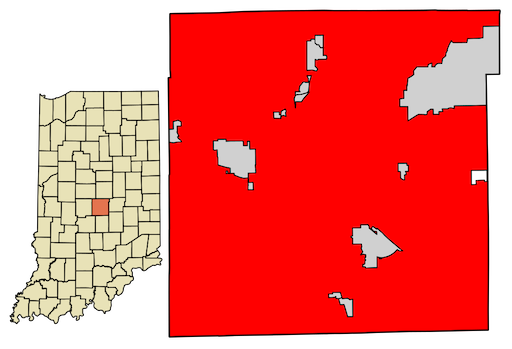 Matthew previously served as an Assistant Emergency Coordinator of Logistics before taking on the position of EC. Matthew currently serves as a net control operator for the MC ARES voice net, Skywarn and the weekly Indiana ARES HF Digital net. He is also active with SATERN and during his non-radio time is Den leader for Cub Scouts, assists with 4-H and enjoys Geocaching.

Tony Stokes N9UN MC ARES Assistant Emergency Coordinator Administration
Tony was appointed as an Assistant Emergency Coordinator for the Marion County ARES team in October 2012. Tony was formerly assigned as the Administration Section Chief for the team, tracking training hours, roster updates, and maintains other official files. As of January 2014 Tony has moved into the role of Operations Section Chief.

Tony was first licensed in 2012 as KC9WIO, he upgraded to General in October 2012 and Amateur Extra in March 2013 becoming AC9EG before finally taking the vanity call of KU9V. Tony enjoys contesting, HF operations and volunteering for public service events. Tony is also a ARRL Volunteer Examiner as well as a CERT volunteer in Indianapolis. Tony works in IT in Indianapolis and resides in Franklin, Indiana.

Mark Burke W9MGB MC ARES Assistant Emergency Coordinator Liason
Mark was appointed as an Assistant Emergency Coordinator for the Marion County ARES team in October 2012. Mark has been assigned as the Liaison Officer for the team. Mark works with local agencies to improve communications between the ARES team and the agency. Mark is also the MC ARES National Traffic System liaison.